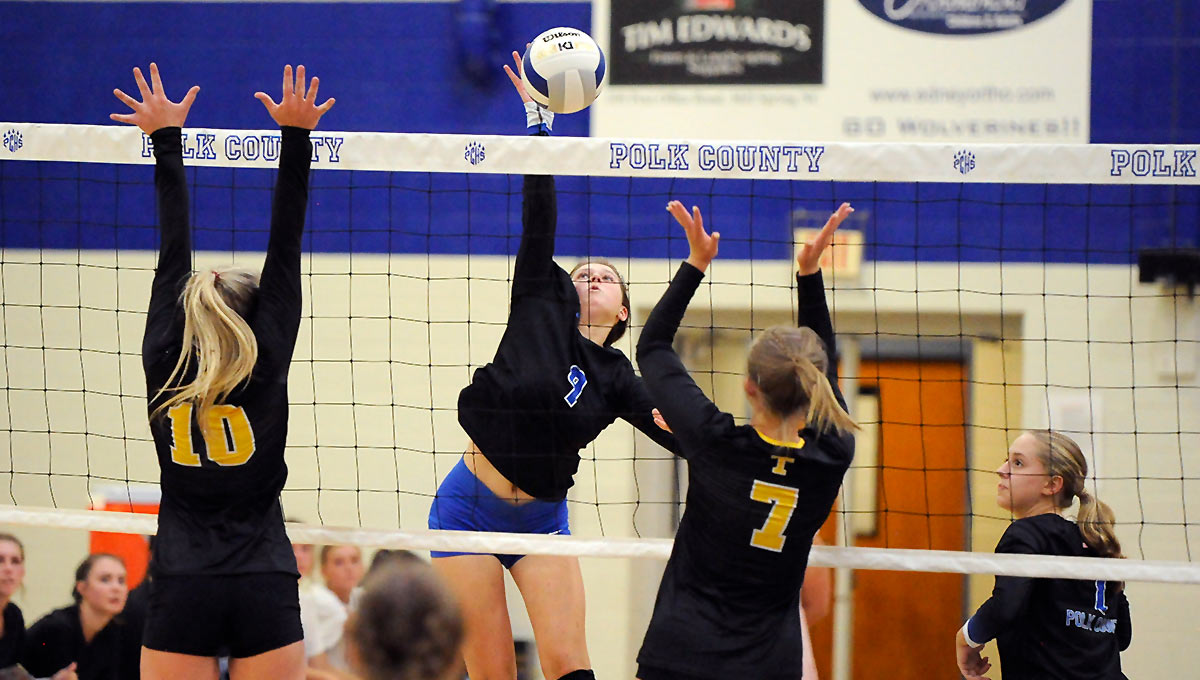 It wasn’t a sight that Tuscola wanted to see.

Polk County (2-3) played especially well on defense in the final two sets and found something in the middle offensively. Freshman Morgan Yoder had 10 kills and senior Kinsley Huskey had nine, all of those coming from the center of Polk’s frontline attack.

“I feel like things are starting to click,” said Polk County head coach Molly Hill. “If one person is struggling, someone else is there to help her out. They have the support of the team while they get back into a good headspace.

“I thought we clicked well tonight.”

Tuscola (0-3) had a 22-18 lead in the opening set, only to see Polk rally and even the set at 22-22. The score reached 23-23 before the Mountaineers claimed the final two points to grab an early lead.

Polk claimed the second set, closing on a Mia Bradley kill, then took firm control of the match in the third set. A timeout with Polk up 11-5 did little to blunt the Wolverines’ momentum, nor did another timeout with the lead at 19-7. The Wolverines closed the set on a Huskey kill and Ella Waldman ace.

“In the first set, every time Tuscola called timeout, I think we panicked a little bit,” Hill said. “So every timeout I told them to stay calm, everything was fine, just to go back out and maintain control on our side.

“I thought they responded well.”

Polk raced to a 10-0 lead in the final set and never allowed the Mountaineers to draw closer in sealing the match.

Polk County takes a break over the next week to gear up for the start of Mountain Foothills 7 Conference play. The Wolverines travel next Tuesday to Patton for their MF7 opener.