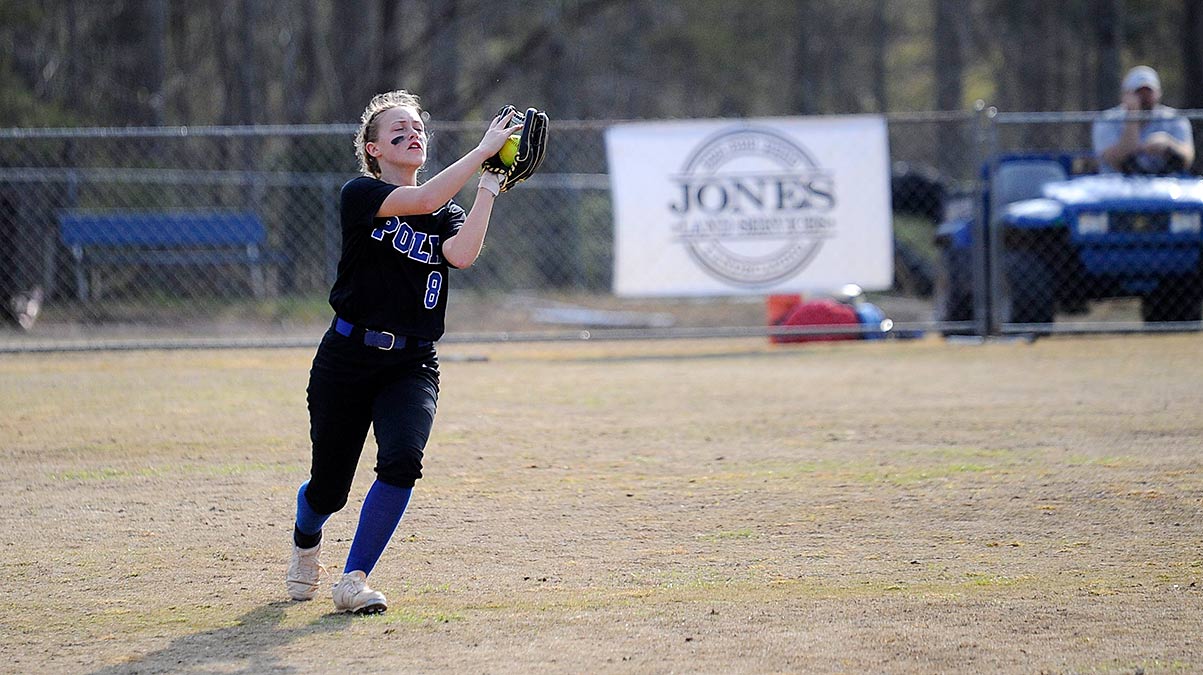 Polk County kicked off the final half of its conference schedule on Tuesday, dropping a 6-1 decision at home to R-S Central.

The Wolverines (7-7, 3-4) never allowed the Hilltoppers (10-7, 7-2) to build an uncomfortable margin, but ultimately were held in check by R-S Central’s Logan Harris, who allowed just four hits.

The Hilltoppers grabbed a 1-0 lead in the top of the second on a Harris home run. R-S Central then pushed three runs across the plate in the third, taking advantage of three walks and a Ali Parton single, and two more runs in the sixth.

Polk County had scoring opportunities, including a bases-loaded situation with one out in the fourth, but couldn’t get a run across the plate until the bottom of the sixth, when Katelynn Arrowood reached on a two-out single and Chloe Young followed with a double.

Those would be two of the Wolverines’ four hits in the loss, with Mia Bradley and Elizabeth Vitale recording the others.

Kynley Lawter pitched well but took the loss for Polk, giving up six hits, walking five and striking out four.