Wolverines make statement on progress in loss to Blue Devils 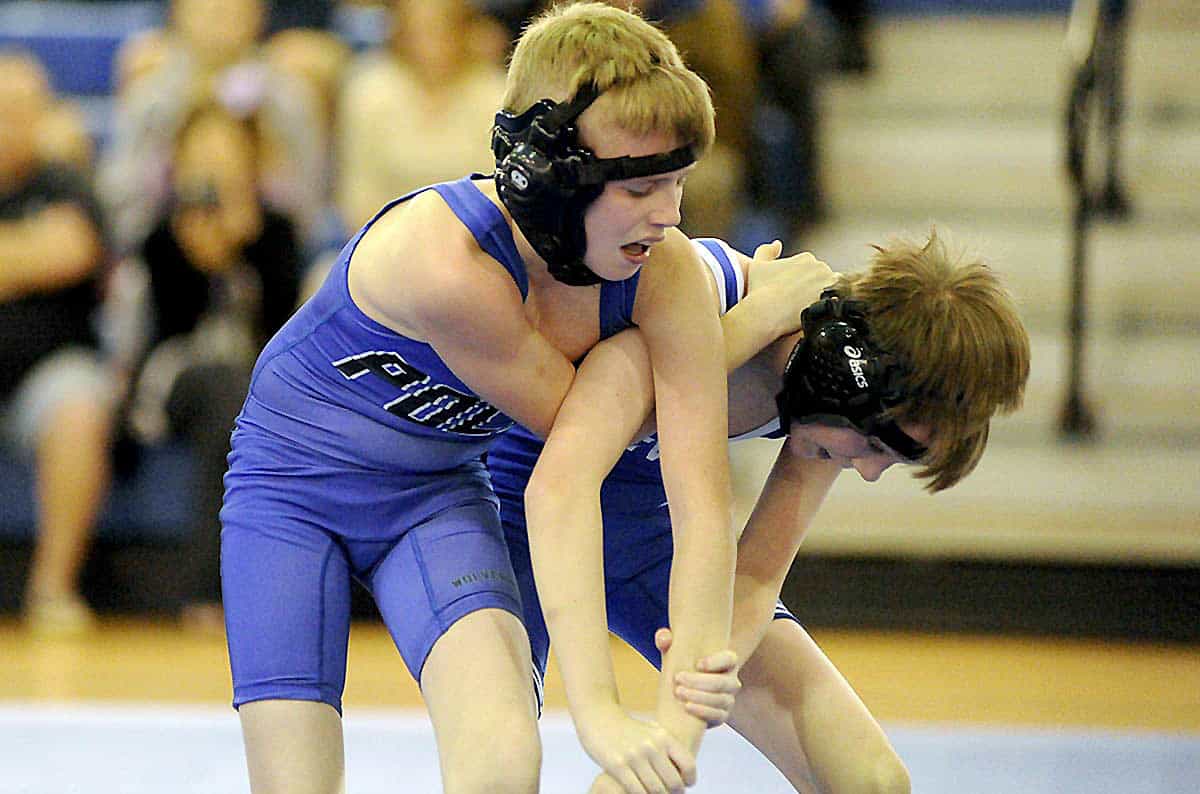 If Polk Middle’s wrestling program needed a measure of its progress this season, the Wolverines received it, taking the Blue Devils to the final match of the day before dropping a 57-48 decision.

Consider that when the two teams met in Brevard in December, the Devils (8-3, 6-3) crushed Polk Middle (5-6, 2-6) in an 88-15 triumph. The rematch didn’t seem a recipe for a thrilling contest in the Wolverines’ final home match of the season.

Yet, that’s what happened, with a number of close matches and Brevard having to win the final two individual matches of the afternoon to gain the team win.

“I’m about as happy as I can be with a loss,” said Polk Middle head coach Jerry Cox. “For a team like that, who’s going to finish second or third in the division, to compete with that type of team shows where we are.

“It’s a huge improvement. It shows the steps we are taking each day in practice to get better are working.”

Polk Middle jumped out to a 30-6 lead, with Nathan Prince and Topher Pearson pinning their opponents to go with forfeit wins for Conner Davis, Brinson Ashworth and Carson Bell.

Brevard responded with victories in six of the next seven matches, the streak interrupted by Polk’s Jacob Ed with a win at 122 pounds, to take a 42-36 advantage.

Brevard extended the lead to 45-36 at 154 pounds with the match of the day involving Polk Middle’s John Wright. The hard-fought battle was scoreless until the third period, when Wright scored a reversal early in the period to take a 2-0 lead, but eventually fell 3-2 in the final seconds, with fans from both teams standing and applauding the effort of both competitors.

Polk’s Charlie Jackson and Luke Miller followed with pins to give the Wolverines a 48-45 lead, but the Blue Devils claimed the final two matches to wrap up the win.

“Seeing our eighth graders compete like that in their last match was special,” Cox said. “Especially for those guys who were with me when we started three years ago. To come from not winning a match, then winning one, and now this shows how hard they have worked.”