A season to remember for Polk Middle wrestling 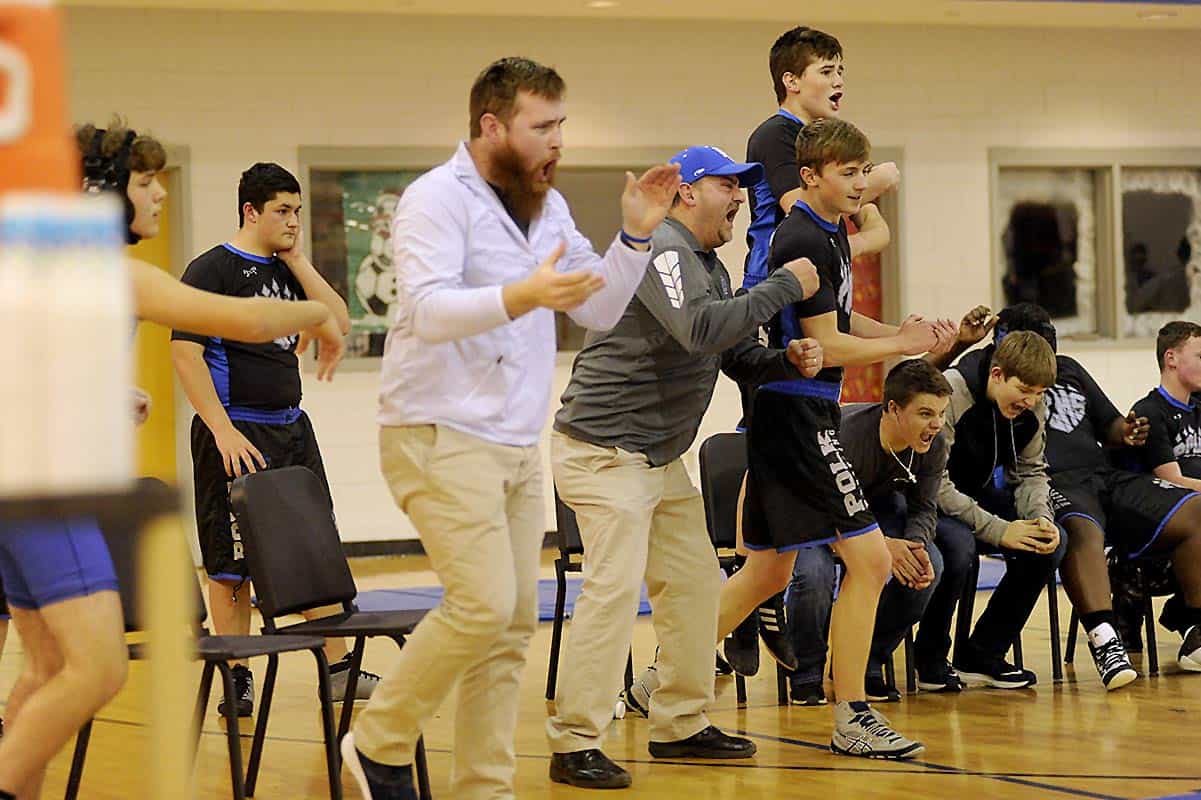 But the numbers and records are not what the third-year head coach will remember most about the 2019-2020 squad.

“Although the (Blue Ridge Conference tournament) was good and the season was a really a foundational year for us, what I’ll remember the most is how much fun these kids had working hard,” Cox said.

“Many times you could find them singing Sweet Caroline, No Rest for the Wicked and other songs while running sprints. They worked extremely hard all year, and I was glad many of them got some hardware to take home.”

That hardware came from the BRC tourney, which put a fitting topper on the season. At the Feb. 1 event at Pisgah High School in Canton, the Wolverines produced a number of notes to remember:

Polk Middle finished sixth in the team standings, but were just six points away from a third-place finish. Apple Valley won the team title.