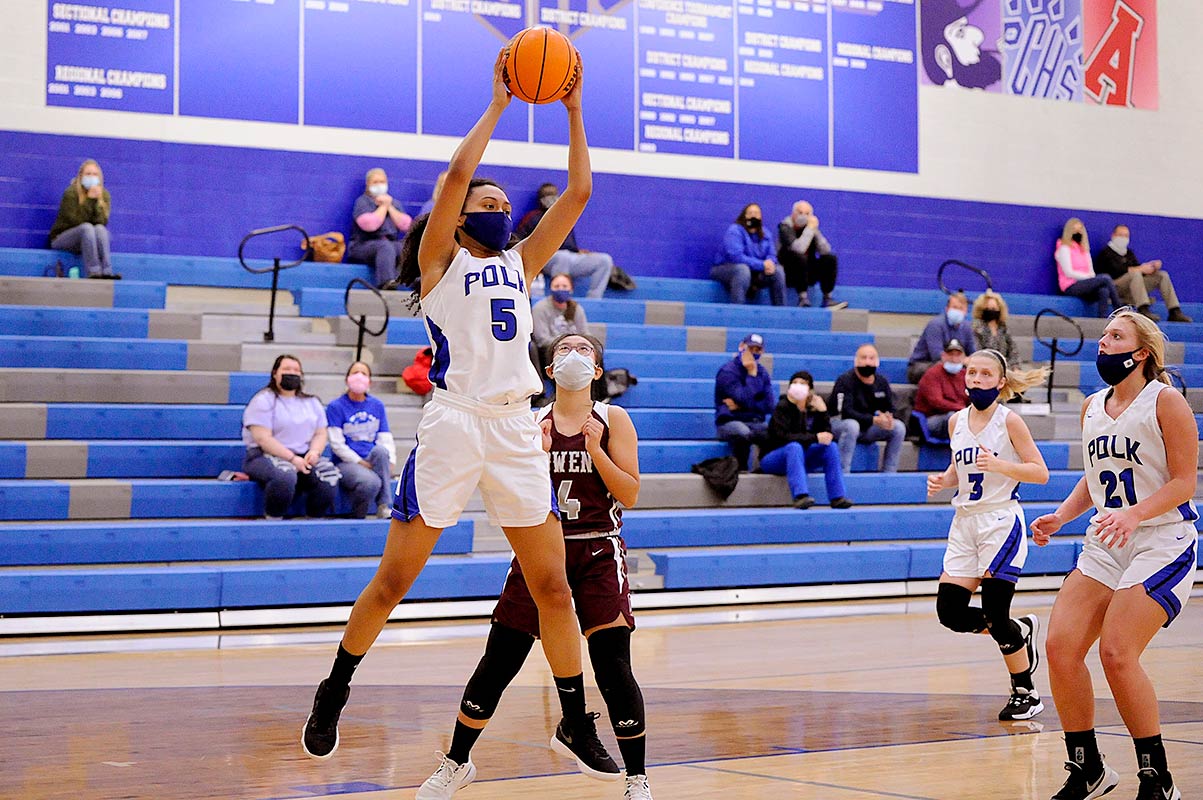 Polk County's Marissa Twitty had 10 points to lead the Wolverines

It would have been a rewarding ending, a satisfying finish in a season that has been anything but easy for Polk County.

Rallying from an 11-point deficit in the fourth quarter for a win in the season’s final home game, a stirring sendoff for the team’s seven seniors – the script was just about perfect.

Except Owen didn’t play its part. The Warhorses scored the game’s final five points Wednesday to hand the Wolverines a 33-30 setback in a Western Highlands Conference matchup at Polk.

It was a much closer result than the first meeting between the two teams, Owen’s 43-26 win in a Jan. 18 season opener that feels much longer than a month ago. But it still wasn’t the home finale that Polk County (1-8, 1-8) desperately wanted.

“We definitely played better than we did at Owen,” said Polk County head coach Brandy Alm. “I felt we controlled the tempo of the game better in the fourth quarter. We missed a lot of easy shots that we normally make.”

Polk County’s defensive pressure and focus on pushing the ball inside offensively began to reap dividends in the final quarter. Marissa Twitty scored on a layup, Hall hit a jumper in the lane and then scored on a layup after a steal to cut Owen’s lead to three. Hall then drew a charge on the opposite end, prompting a Warhorse timeout with 5:21 left.

The break didn’t slow Polk’s momentum. Tori Thompson, who helped fuel the comeback on both ends of the floor, had a steal and layup to make it a one-point game before Hall hit a free throw with 2:50 left to tie the score.

Polk grabbed the lead on two Sara Muse free throws with 1:27 remaining, but that would end a run of 13 points and be it for the Wolverine offense. Owen’s Hannah Larios hit a layup with 1:03 left, and a Polk turnover and foul sent Mia McMurray to the foul line, where she hit one of two attempts for a 31-30 lead with 55 seconds left.

Another Wolverine turnover on their end of the floor led to a foul of Ellie Martin with 12 seconds left, and Martin hit both tosses for a three-point lead. Polk worked the ball to Thompson deep in the corner for a final 3-point attempt, but the shot failed to fall as the final buzzer sounded.

“We made a lot of adjustments coming into the fourth quarter and they played hard,” Alm said. “They always play hard and give excellent effort. We made sure that rebounds were ours and made sure that loose balls were ours.

Twitty had 10 points, with Hall scoring seven. Muse had five, with Thompson adding four and Rachael Davis and Kaylin Jenkins each scoring two.

Polk County is scheduled to wrap up the season on Friday at Madison. 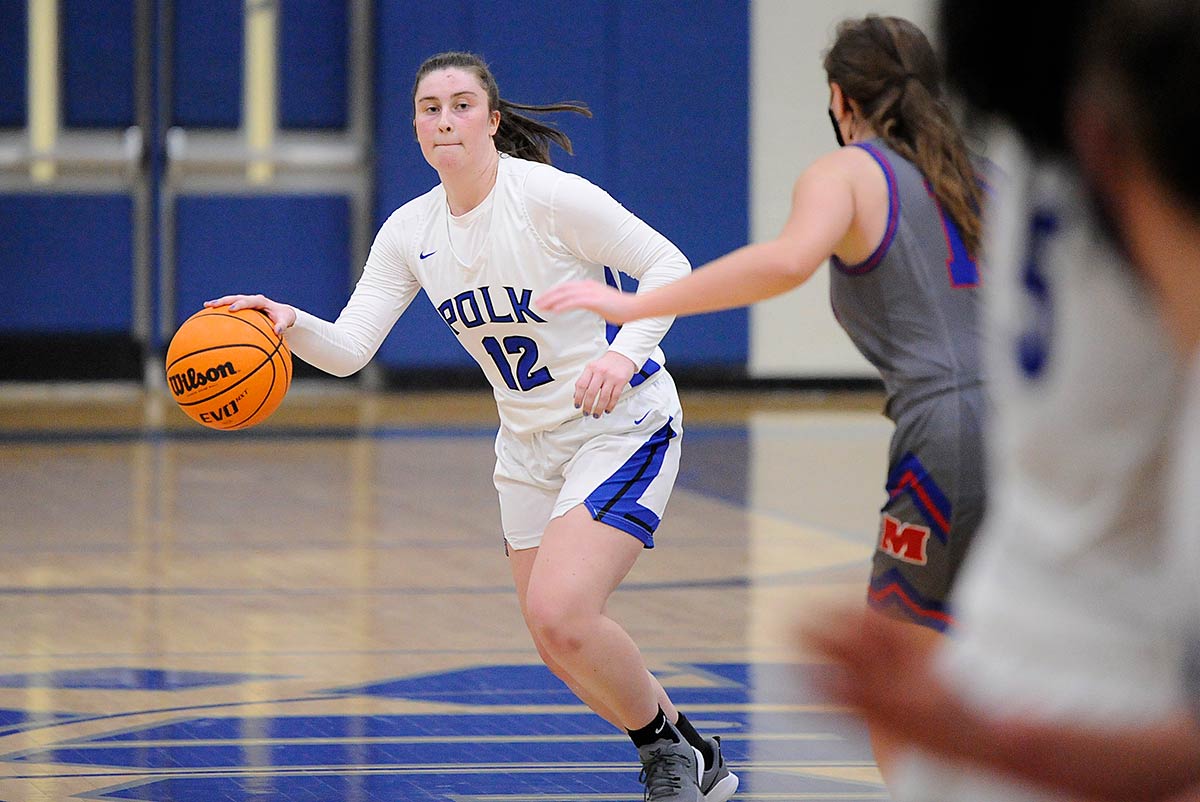 Polk County seniors Sara Muse and Tyler Staley have been named to teams for the annual West vs. Midwest 1A All-Star Basketball Games 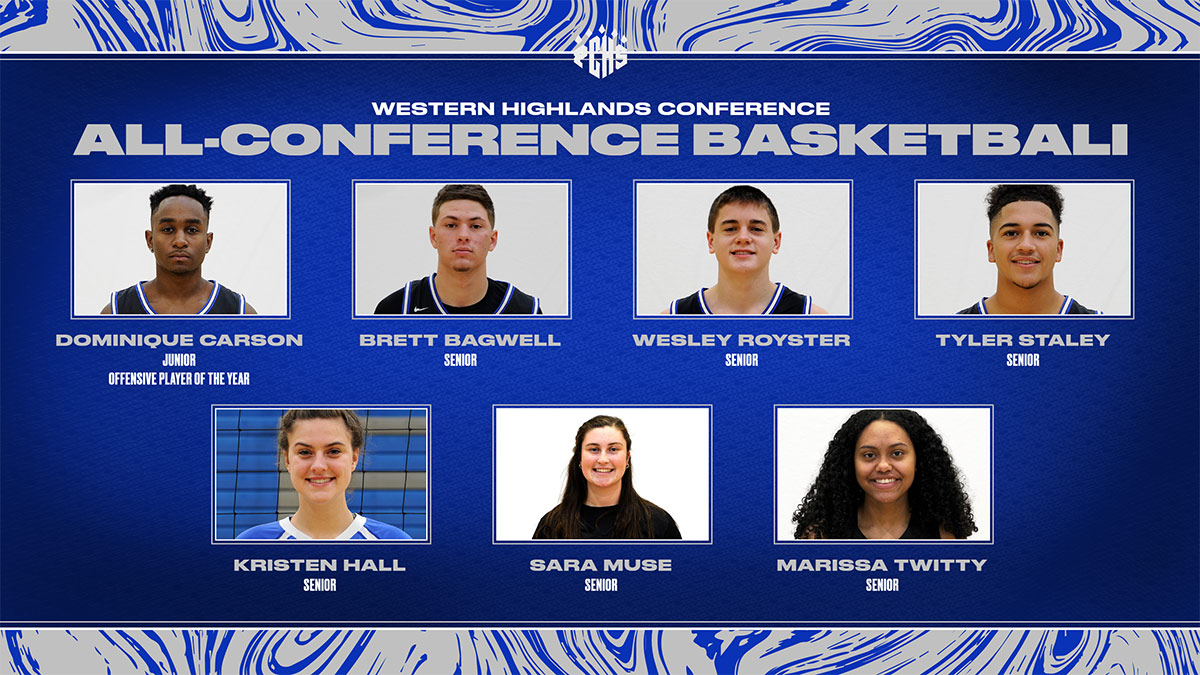 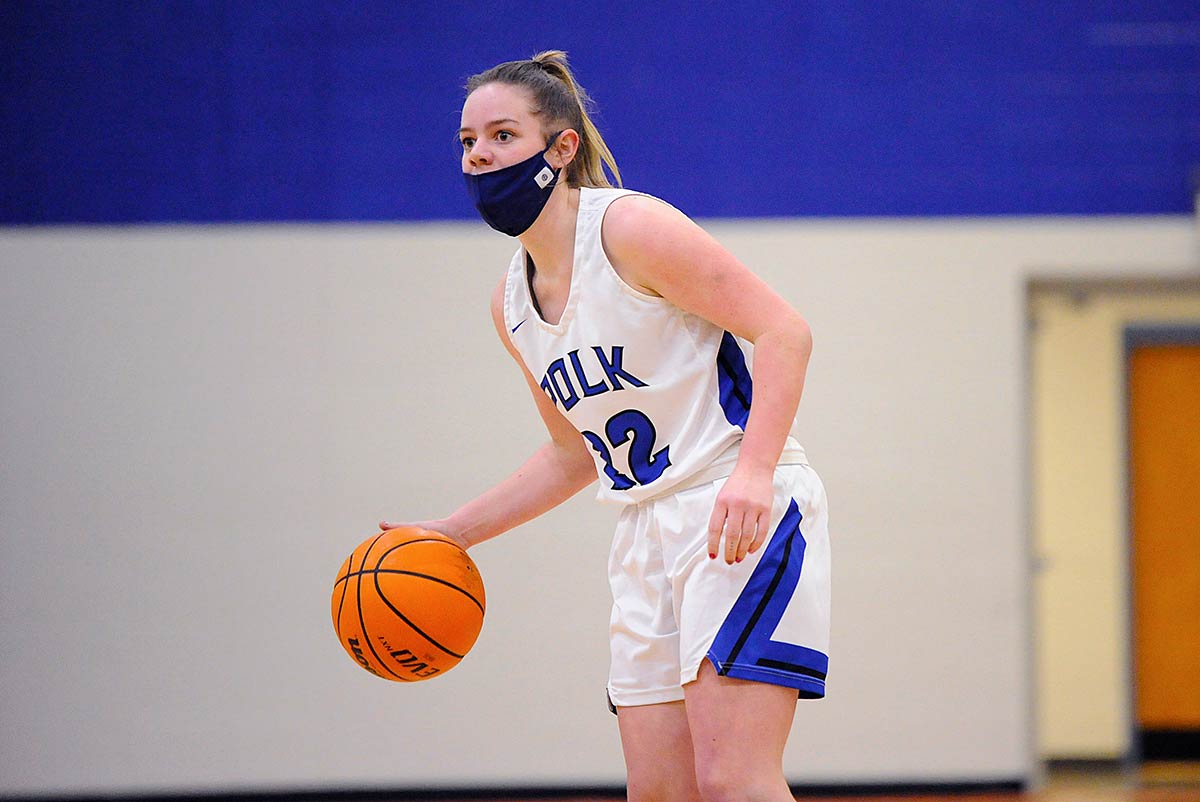 Seniors carry Polk to victory at Madison in season finale 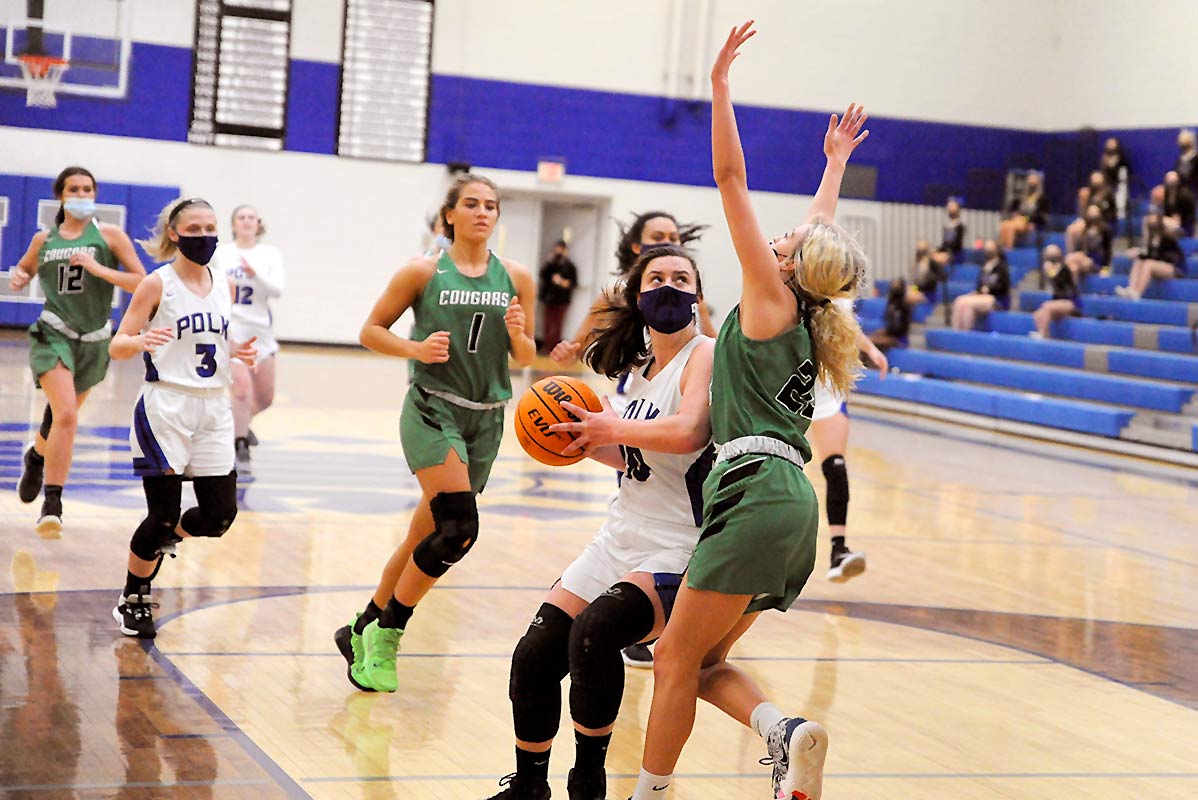