Bearcats withstand Wolverine surge to hold on for 1-0 win 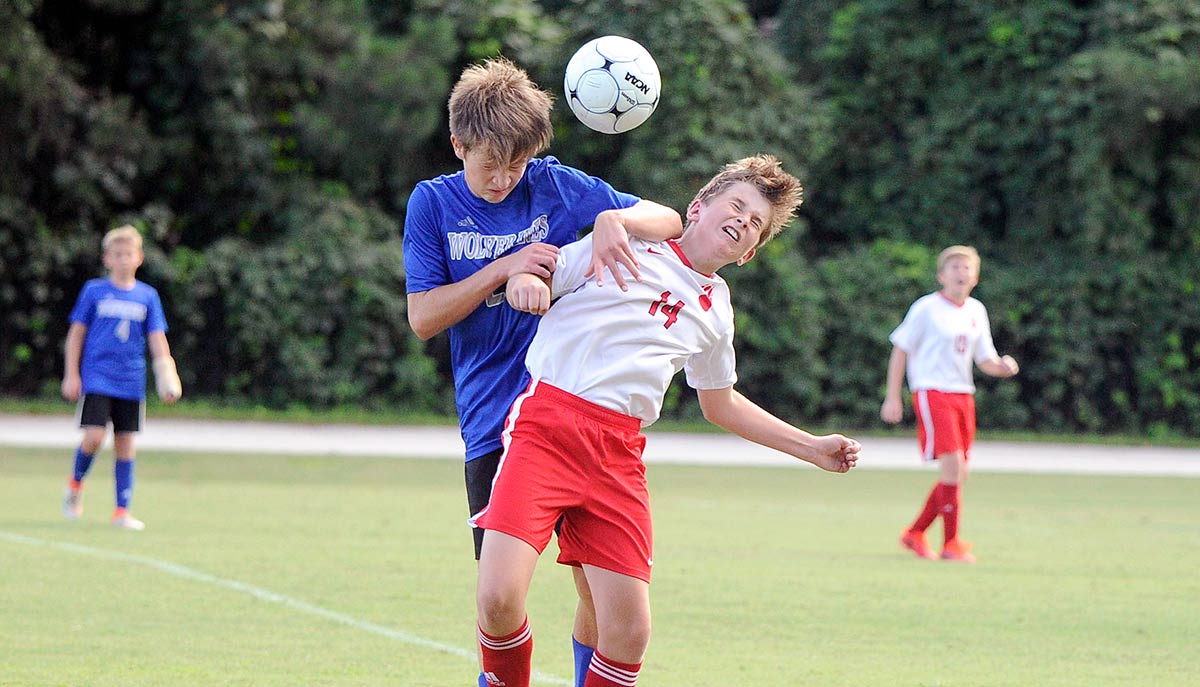 The Bearcats converted a corner kick with 23 minutes remaining into a 1-0 lead, then held off repeated offensive threats by the Wolverines (1-2).

Polk Middle had a flurry of chances on a possession with 16 minutes left, then had an golden opportunity moments later as Cooper Meyer and Hendersonville’s goalkeeper collided near the top of the penalty area. That left the ball rolling free, and Polk’s Wyatt Highsmith reached it first and hit a drive that seemed destined for the back of the net.

The ball, though, struck a Hendersonville Middle defender who had crossed his forearms in front of his chest and bounced away. Officials declined to call a handball on the play.

Polk Middle continued to press, but the Bearcats were able to turn aside every chance to preserve the win.

The Wolverines return to action on Tuesday on the road, traveling to Flat Rock for a 4:30 p.m. match.