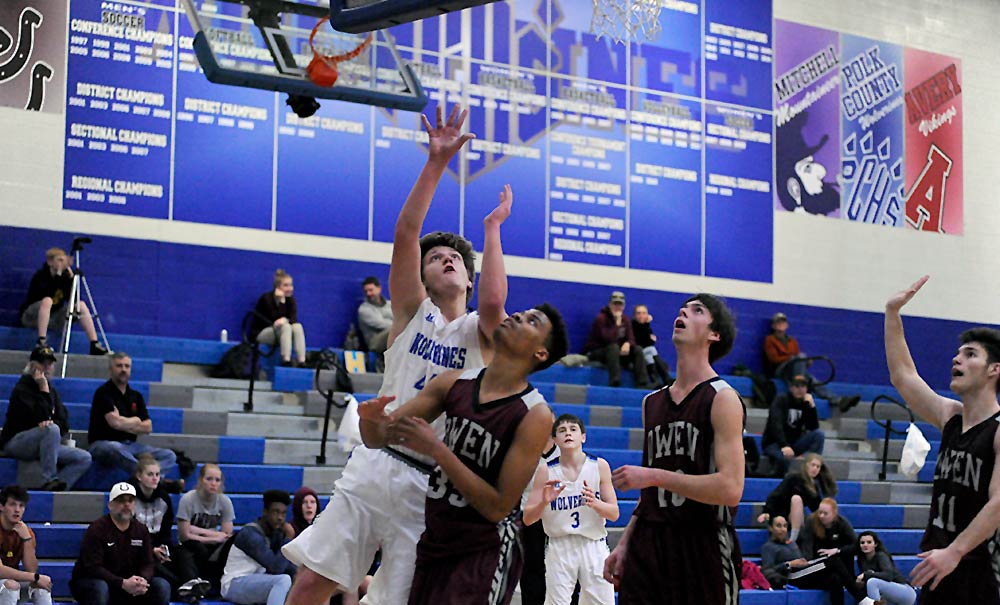 A promising start Tuesday for Polk County’s boys disappeared in Owen’s second-quarter blitz, the surge carrying the Warhorses to a 73-54 win at Polk.

The Wolverines (0-15, 0-5) scored the game’s first six points, led by eight midway through the quarter and still had a 17-12 advantage early in the second period as Tyler Staley drilled a jumper to open the quarter.

Moore finished the night with eight 3-pointers and 35 points to lead Owen, giving him back-to-back 30-point games after scoring 34 Friday in a loss at Avery.

Polk County travels Friday to Avery for another WHC matchup.