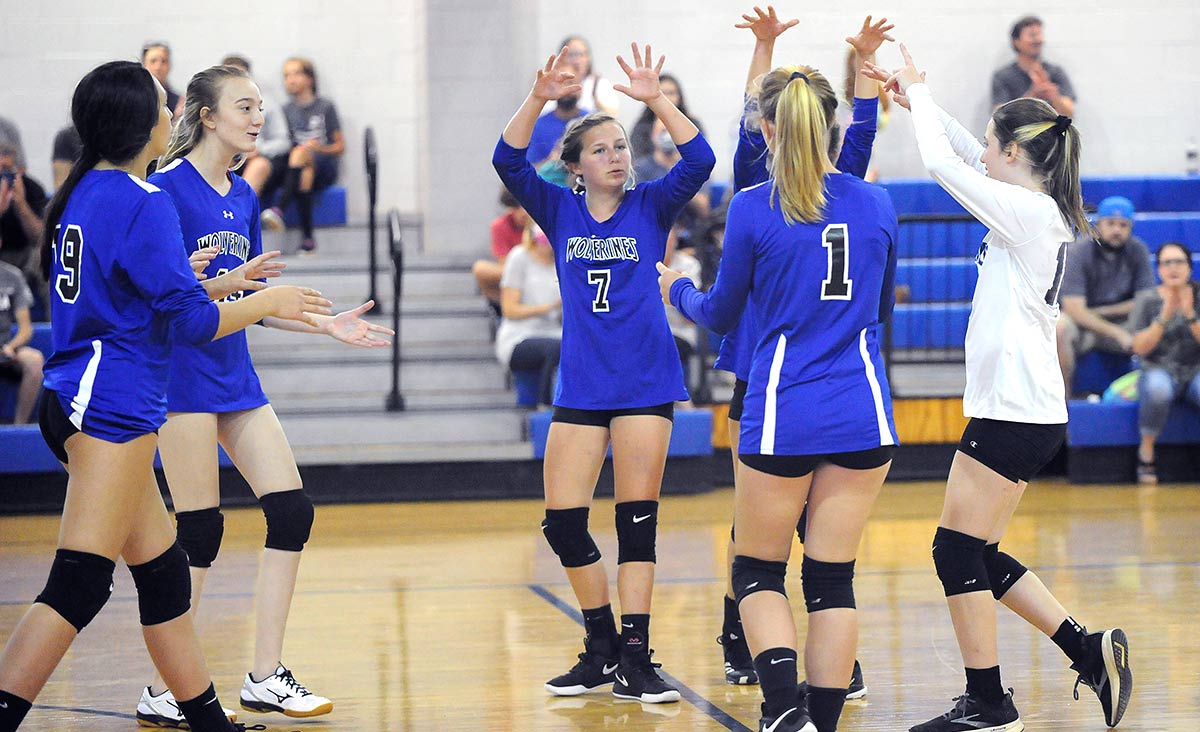 The Wolverines claimed a 25-8, 25-18 victory to improve to 3-0 for the season. Polk Middle travels Tuesday to Flat Rock Middle.

Polk scored the first three points of the opening set and never trailed, building a 7-1 lead behind the serving of Charley Dusenbury and Cate Brown. The Wolverines pushed the margin to 16-7 before Dusenbury served eight straight points, taking Polk Middle to a 24-7 lead. The Wolverines closed the set soon after.

Hendersonville Middle opened a 6-4 lead in the second set, but the Wolverines responded with seven straight points with Junie May Mitchell serving. Polk pushed the lead to 18-8 and soon claimed the set and win.