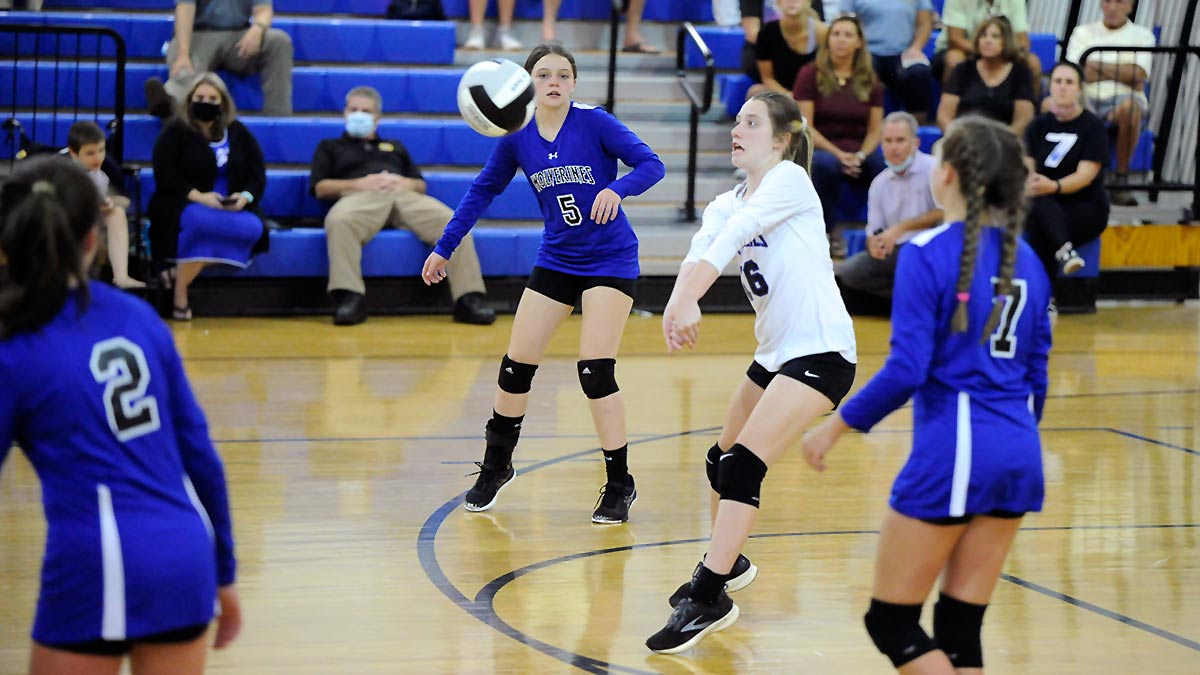 The loss dropped Polk to 4-1, with Brevard Middle improving to 2-1.

The Blue Devils took command of the opening set in the early stages, opening a 9-3 lead with a run of five straight points, then putting together another 5-0 run to boost the lead to 14-4 and move on to take the set.

The Wolverines kept the second set much tighter and trailed by four points or less much of the way until Brevard pulled away late, the Blue Devils relying on their power hitting attack to claim the win.

The opening set stood tied at 5-5 until 7 served four straight points and 14 followed with three more to give the Wolverines a lead they would never lose.

Flat Rock rebounded and snapped a 21-21 tie in the second set with the final four points, but Polk Middle responded with the third-set win, taking a lead at 9-7 and never letting go.

The Wolverines are slated to be on the road on Monday, traveling to East Division-leading Rugby Middle.