This week’s weather has caused the 10th annual Reindeer Games to be postponed until after the holidays and, with the recent storm and likely loss of food, organizers are asking for a little extra help from the community.

The Reindeer Games, a multi-school track meet at Polk County High School, was scheduled for Thursday. The Reindeer Games raises money and canned food for Thermal Belt Outreach right before the holidays.

The idea for the meet came from Amanda Simoncic, who is an assistant track coach at Polk County.

Simoncic said because of the weather, the schools cannot come to the meet this week, and some schools have testing next week.

Simoncic said the Reindeer Games is Outreach’s largest canned drive of the year.

“People in need depend on the food bank,” Simoncic said.

She is encouraging people to make up for the Reindeer Games having to be held after the holidays this year by donating canned food to either Outreach or at the high school.

“I just want to make sure there’s enough, especially with this storm,” Simoncic said. “I don’t want families to be turned away because they don’t have enough. I don’t want to see families go without any time, but especially right now. There’s a lot of damage everywhere.”

Residents are encouraged to drop off canned food at Outreach, located at 134 White Drive, Columbus, or at Polk County High School. Simoncic said she would also deliver canned goods for anyone who would like to donate. She can be contacted by calling 828-699-2756.

Outreach Executive Director George Alley said this is definitely the organization’s busiest time of year, and obviously people have lost food during this week’s storm.

“We do count on the Reindeer Games and it really is a blessing,” Alley said. “We’ll be OK, but it would help if people would donate.”

Alley said they will not run out of food for people for the holidays, but the less food Outreach has to purchase, the more money can be put toward people’s heating and rent costs.

“We certainly would appreciate any donations of food,” Alley said.

Polk County High School invites other indoor track teams for the meet with the option of bringing canned goods or a $5 donation. Last year’s meet drew 24 teams, with people encouraged to dress up in holiday gear. The school that brings the most canned goods wins the Reindeer Round-Up award, with Polk County winning it every year so far.

“We thought that would be a nice way to recognize Thwing’s giving spirit and recognize a kid with a giving heart,” Simoncic said.

A date has not yet been set for the Reindeer Games. The games include organizers decorating the field prior to the event and athletes and students dressing up in Santa hats and Christmas sweaters.

PCHS, PCMS teams return to competition after week away 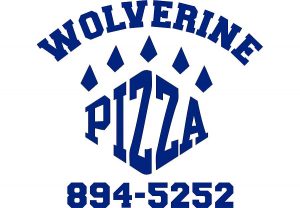