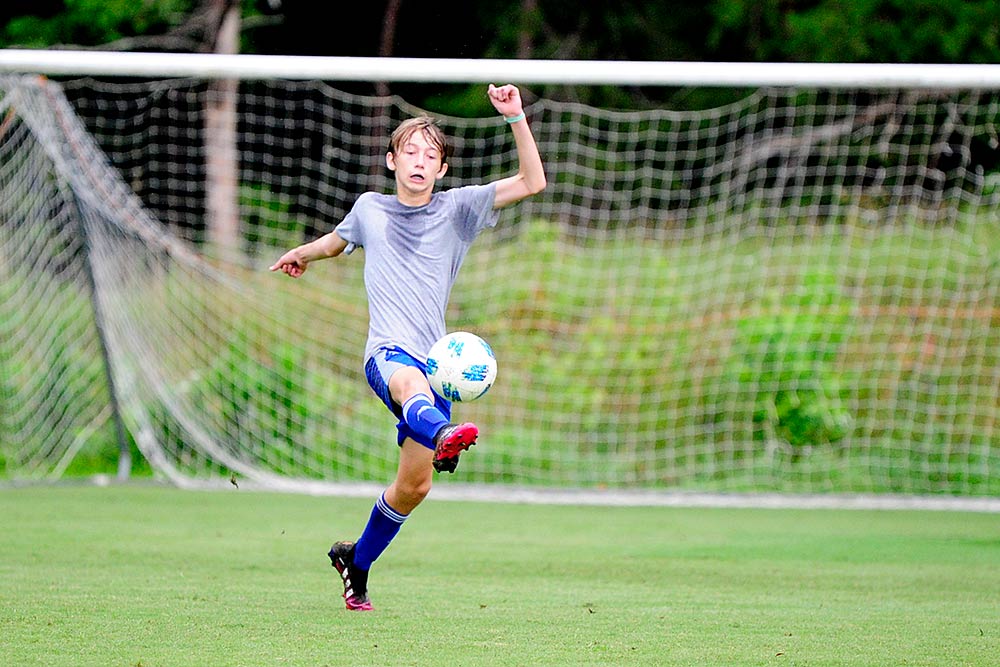 Josh Trejo knows well the importance of having a junior varsity athletic program.

It’s where he got his start as a Wolverine soccer player, the first step on a journey that eventually led him to a college career at Emory & Henry. It’s where he’s seen others do the same, It’s where he now, as Polk County’s head coach, looks to build the foundation of the Wolverines’ varsity program.

It’s also where one of his biggest preseason concerns exists. At present, the Wolverines don’t have enough players to field a JV team this season.

“We’ve got eight players on JV,” Trejo said. “We had some people that quit, unexpectedly.

“We didn’t have a season last year, but we’re doing everything we can to keep this season going. We want to have a JV team.”

Trejo isn’t alone in his concern. Polk County’s football program has already cancelled the first two games of its JV season due to a lack of numbers. Head coach Bruce Ollis said the program is close to being able to field a team, but needs a handful of players able to handle the skill positions in order to comfortably be able to do so.

The trend isn’t limited to Polk County; a glance at Rutherford County, where East Rutherford announced Friday that it won’t field a varsity team this season, confirms that.

But it’s a concerning trend for Wolverine athletics, perhaps most so for Trejo after not having a JV team during the delayed 2020 season that was played earlier this year.

“We need something to develop the program,” Trejo said. “You have (Cole Pereira and Carson Metcalf) and all the other juniors, and when they graduate, you have two teams, freshmen and sophomores, who haven’t even played. They haven’t had a season.

“It’s going to be hard for us to go off that because you have lots of players who don’t have any experience.”

Both Trejo and Ollis pointed to factors relating to the coronavirus pandemic as playing a key role in the declining pool of players. Some students began working more hours while athletics were halted last fall and decided to continue with that employment rather than returning to sports. Some athletes have indicated plans to focus on just one team rather than competing with several.

Ollis thinks another COVID-related change could be contributing – the delayed 2020 schedule that saw football kick off its season in February and, in Polk County’s case, run through the end of April.

“We’ve got a few kids that didn’t come out,” Ollis said. “I look back on it, and we were involved with football for 11 months. Practice and football, lifting for football, playing football, from June (2020) to the first of May.

“For a guy like me who loves the game and would love to do it all the time, it wasn’t a problem. But there was a small respite and a lot of those kids, when they got done with football, they went into track, or they played baseball or played golf or tennis. So they never stopped.”

Both Ollis and Trejo say they plan to continue to search for additional players, especially once Polk County High School opens its doors to students on August 23.

For the future of their programs, they don’t see any alternative.

“Hopefully when school starts, we can recruit some more, maybe some other people will come out,” Trejo said. “Ive’ heard every team, even football, is struggling with the numbers with JV.

“We’re doing everything we can to keep the,. We want to keep them because we need them to develop the program.”