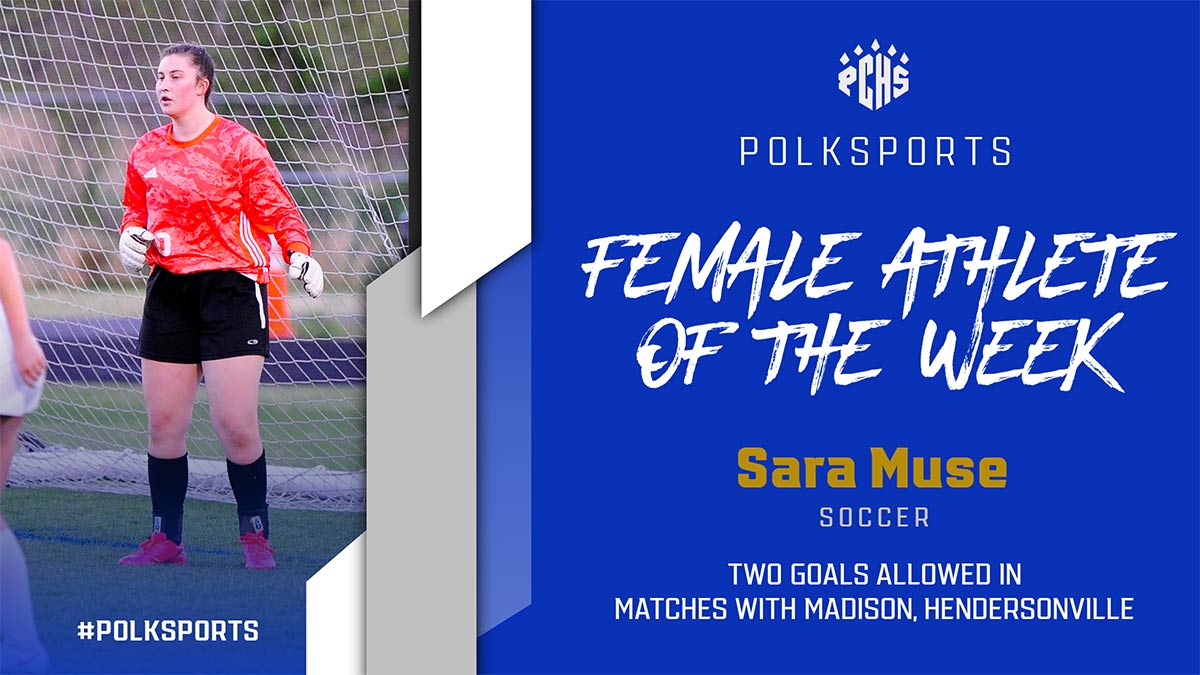 Polk County’s Sara Muse and Avery Harden have been named the PolkSports Athletes of the Week for the period ending April 17.

Muse, a senior goalkeeper for the Wolverines, helped hold Madison and Hendersonville to one goal each in Polk’s two matches in the week. Her performance in a 1-1 tie with the Bearcats led head coach Lennox Charles to call her the “MVP” of the match.

Harden helped lead the Polk boys golf team to a sweep of two Western Highlands Conference matches. He had an 80 as Polk defeated Mitchell and Avery at Grassy Creek Golf and Country Club, then fired a 38 in a nine-hole match with Brevard at Connestee Falls and a team-best 76 in Friday’s win over Avery at Meadowbrook Golf Course.