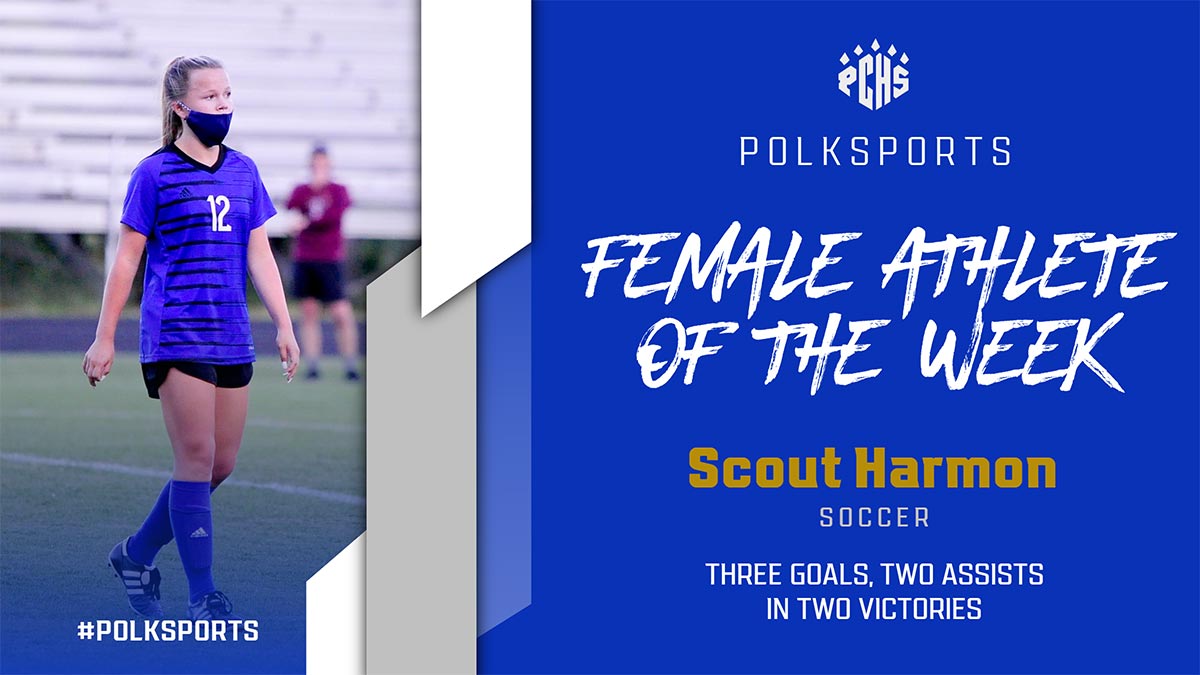 Polk County seniors Scout Harmon and Shane Parris have been named the PolkSports Athletes of the Week for the period ending April 24.

In wins over Owen and Avery, Harmon scored a total of three goals and also had two assists. She had a hand in all four goals that Polk County scored in its 4-1 victory over Avery.

In Friday’s 30-27 1AA football playoff win at North Rowan, Parris recorded seven tackles, a fumble recovery and an interception. The interception came in the final minutes of the game and sealed the Wolverines’ first appearance in a Western Regional final.