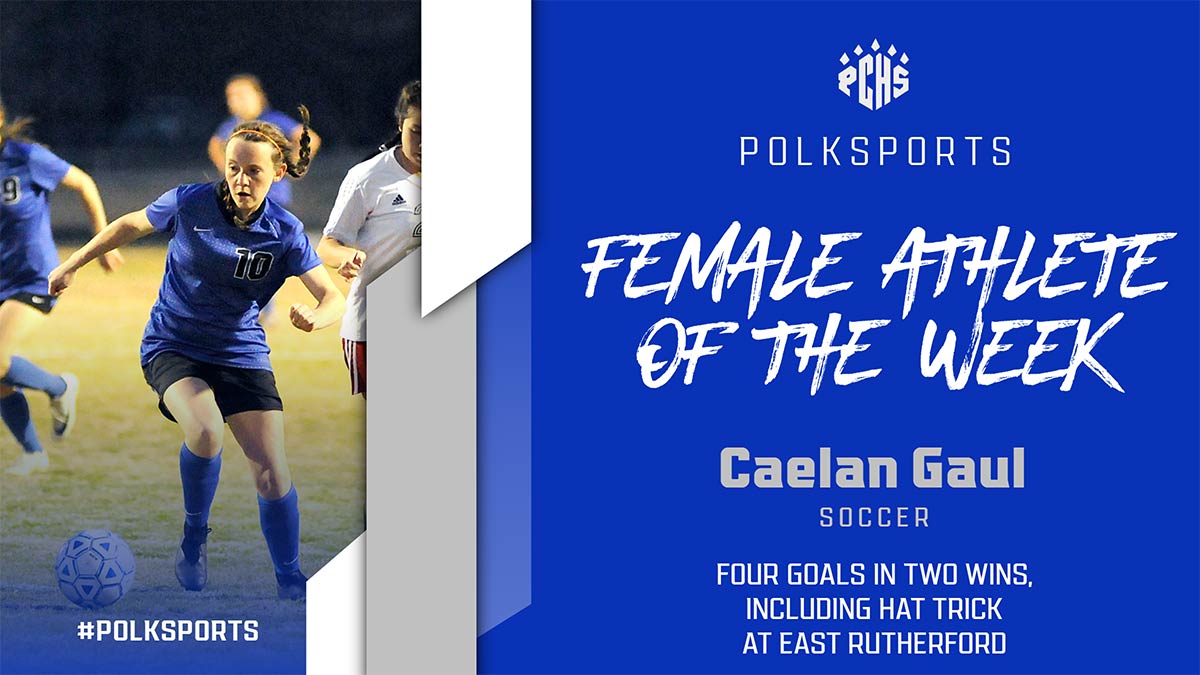 Seniors Caelan Gaul and Clint Deyton have been named the PolkSports Female and Male Athletes of the Week for the period ending March 20.

Each winner will receive a T-shirt sponsored by Bradley’s Sports of Shelby.

Gaul recorded four goals during the week, including the match-tying goal in the Wolverines’ 2-1 win at East Henderson and three goals in Polk’s 6-0 win at East Rutherford.

A disruptive force on defense in Polk County’s 22-0 win over Owen, Deyton recorded 11 tackles, including five tackles for loss, and two sacks.