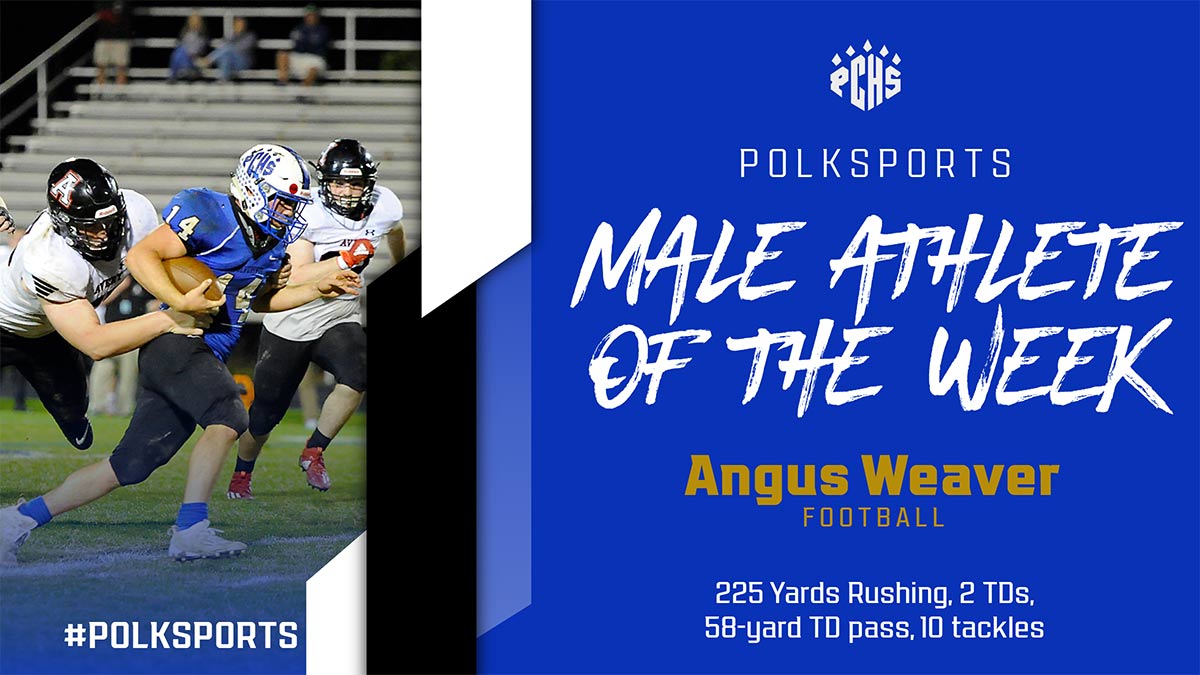 Polk County’s Megan Allison and Angus Weaver have been named the PolkSports PCHS Athletes of the Week for the period ending March 27.

Allison scored four goals during the week for Polk County’s junior varsity soccer team, including three goals in the Wolverines’ 3-0 win over Madison. She also had the only goal in Polk’s 1-0 victory at Owen.

Weaver rushed for a career-high 225 yards on 28 carries, with two touchdowns, in Polk County’s 42-20 victory over Avery. The sophomore also threw a 58-yard touchdown pass and had 10 tackles on defense.