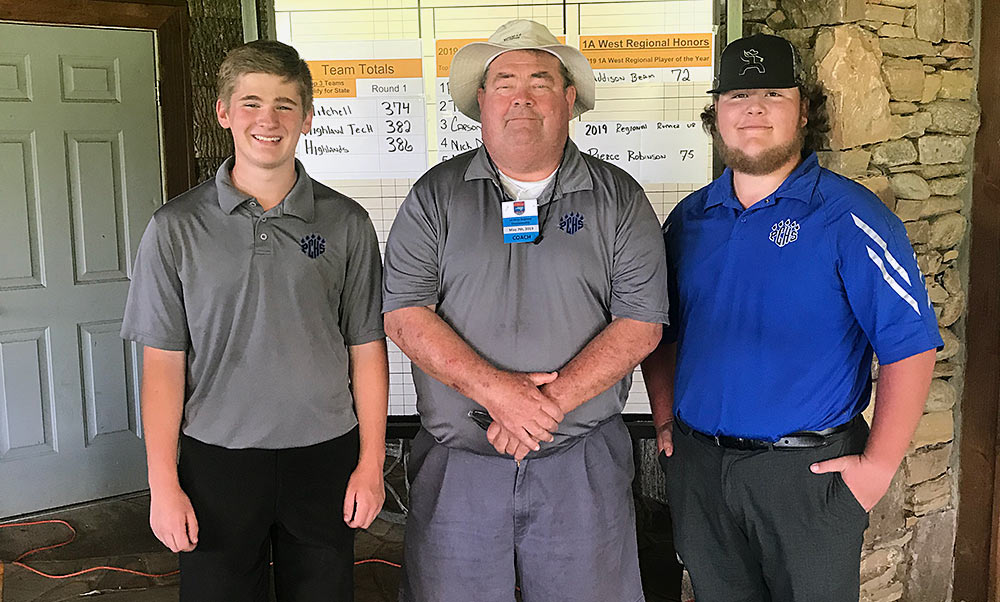 Polk County sophomore Carson Emory finished the opening day of the state 1A golf tournament in Pinehurst in a tie for 37th place.

Emory carded a 91 on the famed Pinehurst No. 6 course. Emory birdied the par-4 17th hole to highlight his round.

Teammate Hunter Lynch posted a 98 to end the first round in a tie for 54th.

The tournament concludes Tuesday. Emory is set to tee off on the first tee at 7:40 a.m., with Lynch beginning his round at the same time on the 10th tee.

Union Academy’s Caleb Surratt holds a one-shot lead on Highland Tech’s Addison Beam in the individual competition. Surratt fired an even-par 72 in a round that included four birdies. Beam also carded four birdies, but had five bogeys on his round, including three in a row on the third, fourth and fifth holes.

Community School of Davidson holds a three-shot lead over East Surry in the race for the team state championship. Scores are compiled by taking the top four scores from a team’s five players in the field.

Mitchell sets in ninth place, 47 shots off the lead.