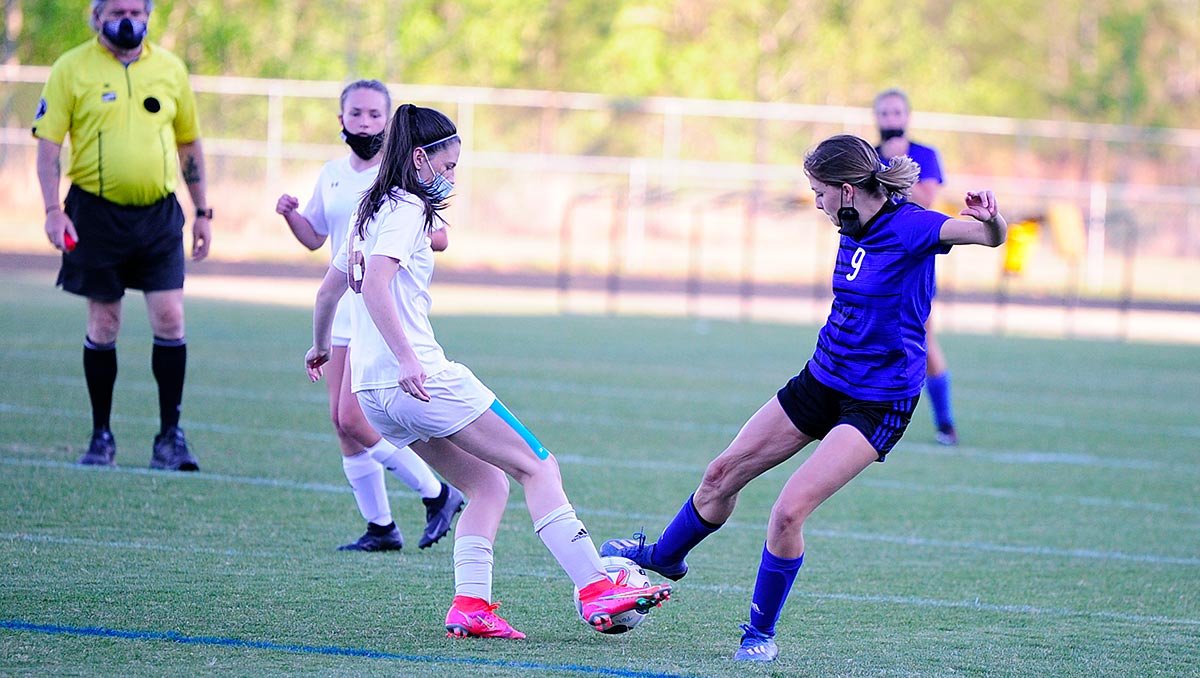 The Wolverines improved to 8-2-1 overall, 6-2 in WHC play, to keep alive their hopes for a share of the WHC regular-season title. Polk must defeat Mountain Heritage in Wednesday’s regular-season finale and Owen defeat Madison in order to create a three-way tie for the WHC crown with Madison, Owen and Polk.

Monday’s game stood scoreless until the 22nd minute, when Akers played a pass through the Mitchell defense to Caelan Gaul, who tallied to give Polk a 1-0 lead.

Gaul returned the favor two minutes later with a pass to Akers, who scored from the top of the penalty area. Gaul then scored on again on an assist from goalkeeper Sara Muse, as her long kick bounced over the Mitchell defense, allowing Gaul to race to the loose ball and beat the goalkeeper for the score.

Emily Gaul’s penalty kick following a Mitchell hand ball in the penalty area made it 4-1 before Akers scored twice in a three-minute span, first on a rebound of a Scout Harmon shot and then off a pass from Madison Geddings.

Following a Mitchell goal, Geddings took a pass some 25 yards from the net, dribbled in and slipped a shot inside the near post to make it 7-2. Lauren Dotson closed the scoring with a goal in the 76th minute.

Muse had eight saves for the Wolverines.motchell 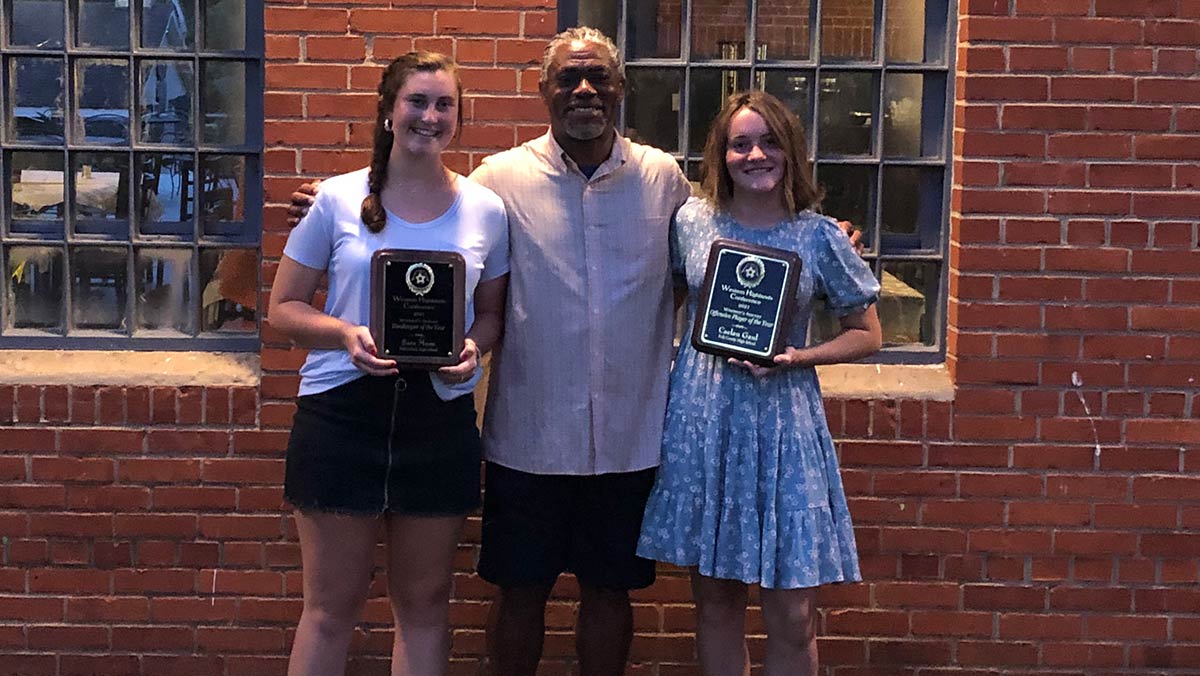 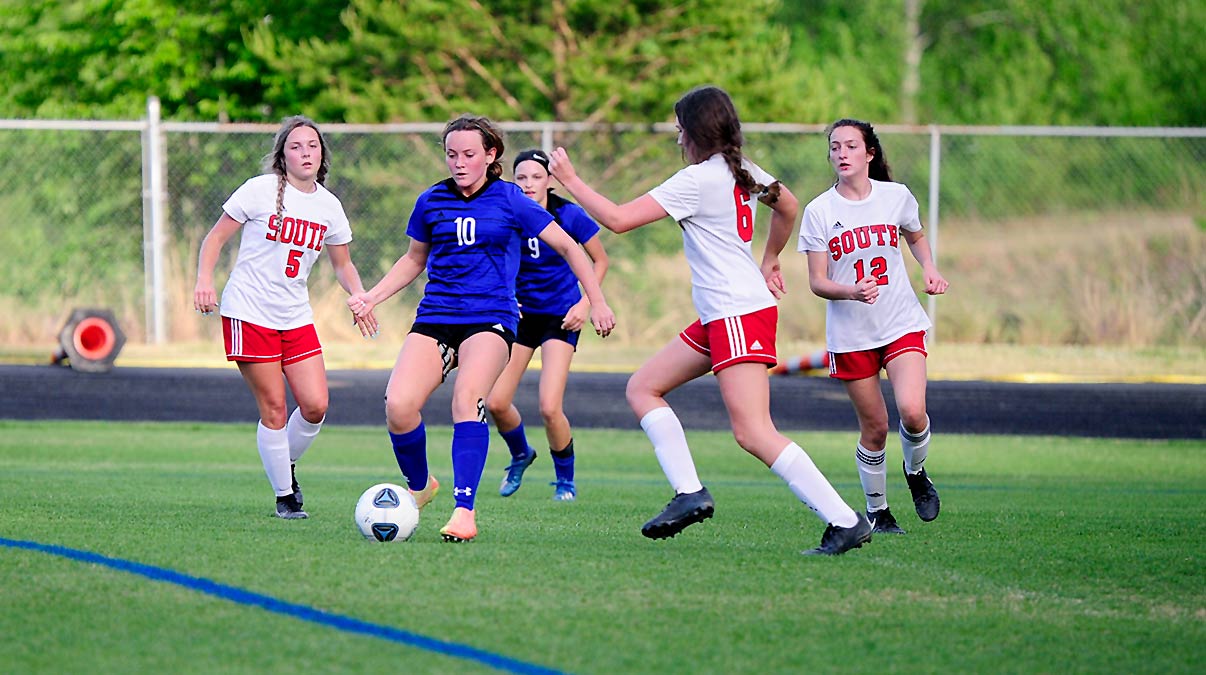 Polk County took a no-Bulls approach to its playoff opene 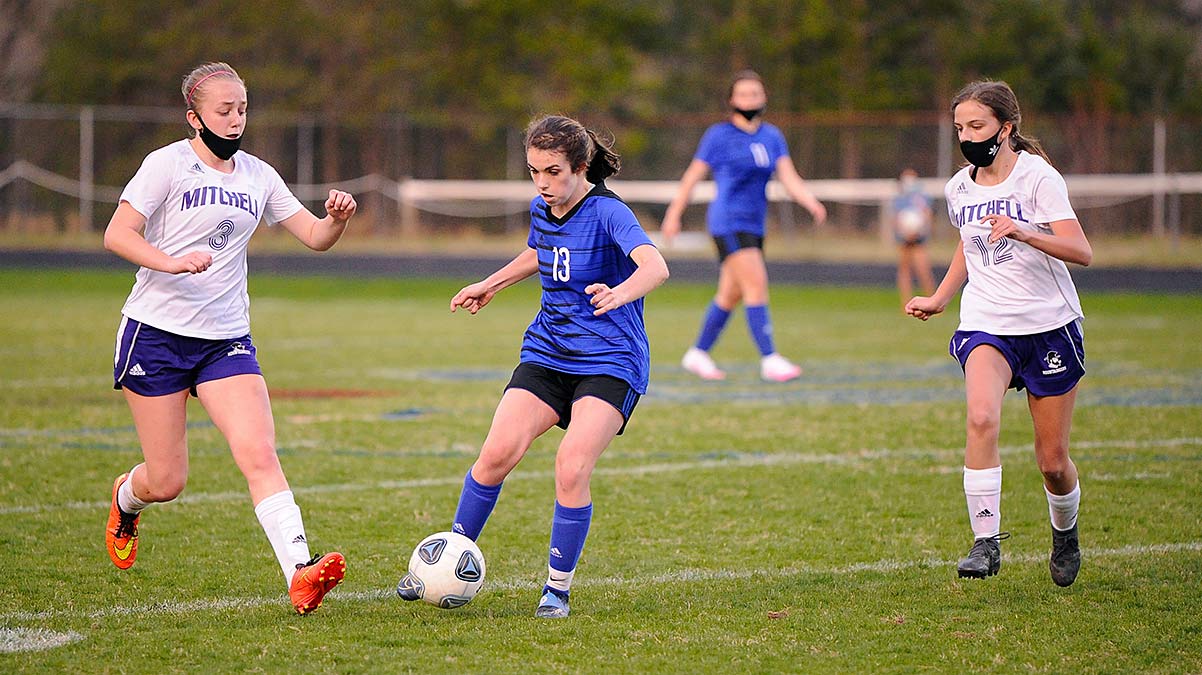