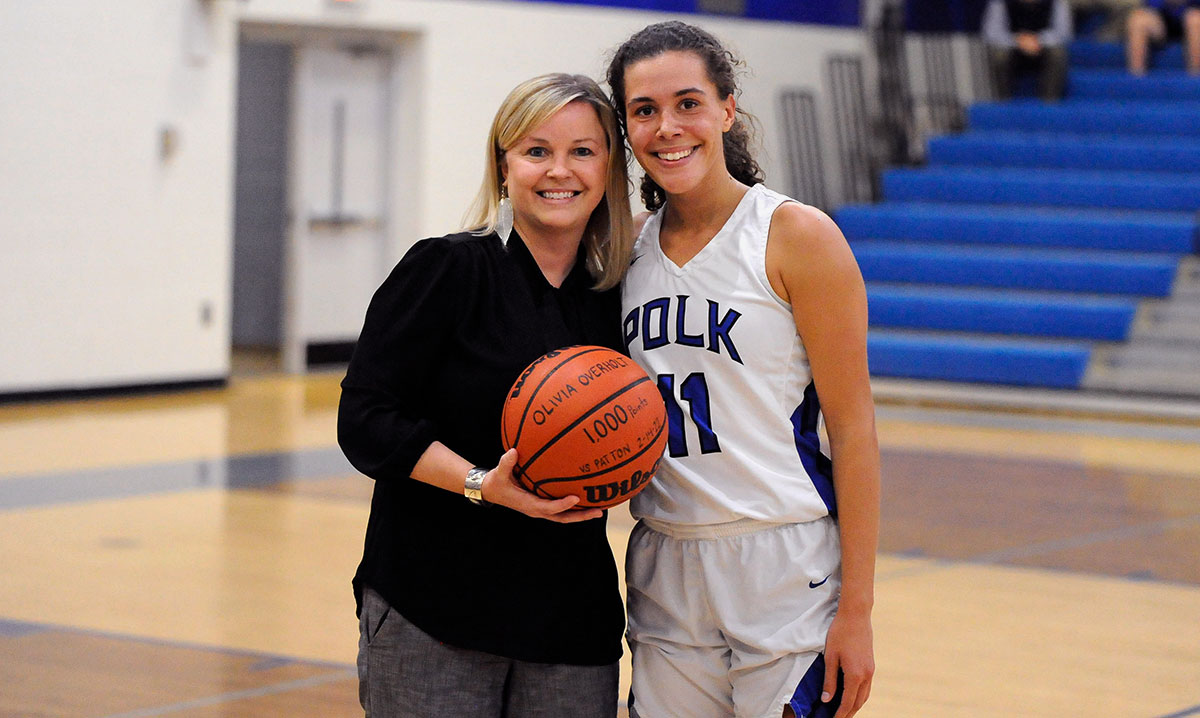 During the fourth quarter of Monday’s 50-38 win over the Panthers, Overholt forced a turnover near midcourt, dribbled to the basket and hit a left-handed layup to surpass the 1,000-point mark.

Overholt reached the mark in her 66th career game. She finished Monday’s win with 29 points and now has 1,008 for her career.