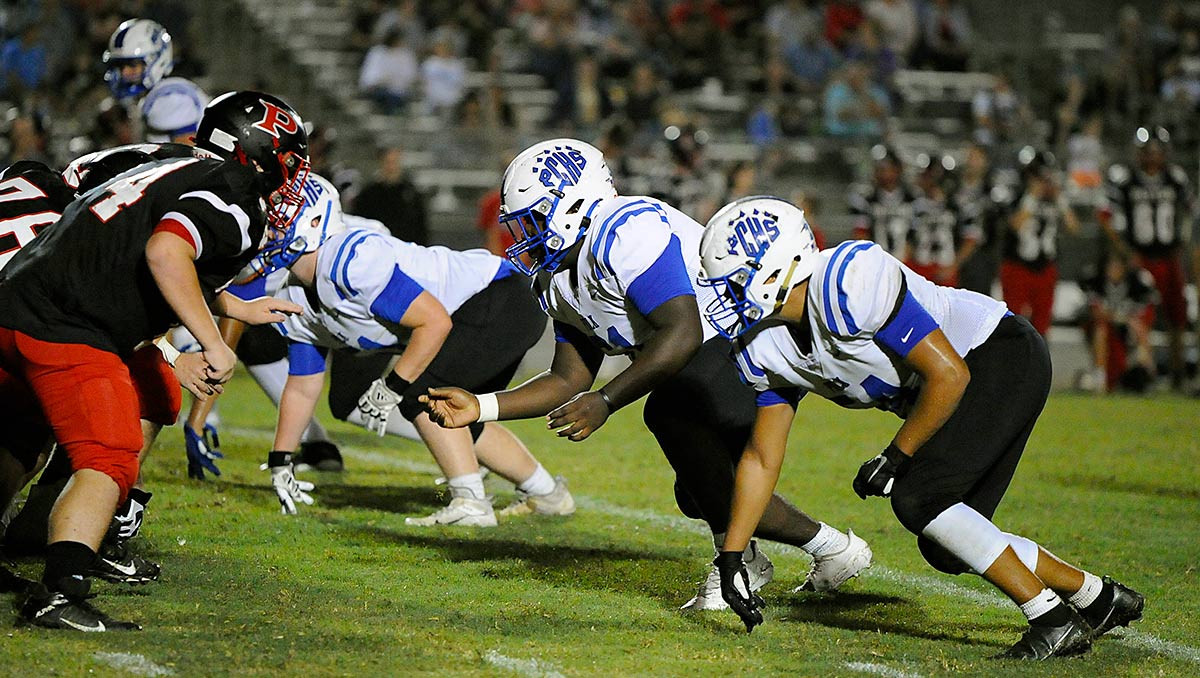 A week off offered Polk County the chance to do the usual bye-week things – rest, heal, devote some extra time to the next opponent on the schedule.

Head coach Bruce Ollis even had an opportunity to see that next opponent in person.

What he saw of Chase made him thankful for the extra week to prepare.

“We’ve got two weeks of preparation for chase and we’ll need it,” Ollis said. “They’re an awfully good football team.”

The Wolverines will get a firsthand look at the Trojans on Friday as Chase visits G.M. Tennant Stadium for a Mountain Foothills 7 Conference showdown. Kickoff is 7:30 p.m. (NFHS Network) and Polk County will also celebrate Senior Night in its final regular-season home game.

The matchup features the only one-loss teams left in MF7 play behind Hendersonville, undefeated in league play, and will likely decide who gets one of the conference’s two automatic 2A playoff berths. Both Chase (6-1, 1-1) and Polk County (4-2, 2-1) would also keep alive their hopes of at least a share of the league title should Hendersonville slip up in its final two conference games.

How well the Wolverines fare will depend in large part on how well they corral Chase junior running back Marqies McCombs. Operating behind a hefty Chase offensive line, the East Rutherford transfer has rushed for 1,719 yards and 24 touchdowns, that yardage total easily the best of any back in the state and among the leaders nationally.

“(McCombs) may be the slipperiest back I’ve ever seen,” Ollis said. “He is not a huge kid. He is not the fastest kid. But he doesn’t get tackled. He has great vision as a runner. He reminds me of (Polk County’s Angus Weaver) in that respect.

“I think he may be more effective inside and off tackle than he is outside. But he has above-average speed when he gets outside. We’re going to have our hands full with him.”

Senior quarterback Damian Boykins (75-of-118, 897 yards, 9 TDs) will look to take advantage of defenses focusing on stopping the run by looking to receiving targets Taivon Derisma (34-436-2), Darin-Bryan Johnson (18-173-2) and Isaiah Dodd (10-172-2). Much of Boykins’ work comes on shorter routes, looking to quickly get the ball to receivers and give them a chance to find room to run.

“He’s really got a good touch,” Ollis said of Boykins. “He’s a game manager, a lot like a point guard in basketball. He distributes the ball well.

“But they’re certainly a high run-first team, and we’ll have to be prepared to try to stop that.”

The Trojan defense operates from a 3-5 set and has held three of its seven foes to 14 points or less. The latest of those came Monday as Chase handed Brevard a 43-14 setback. Anthony Smith leads the team with 59 tackles while Derisma (4) and Dodd (3) have seven of Chase’s 10 interceptions to date.

Polk County will hope to continue to perform as it did in its last game before the break, a 48-28 win over R-S Central that was likely the Wolverines’ most physical effort of the season. A similar effort will no doubt be vital for Polk’s chances on Friday.

Also important, Ollis said – a crowd similar to that at the R-S Central game.

“It’s a big game, it’s Senior Night for us,” he said. “The huge crowd that we had against R-S Central was a motivating factor for the players and coaches.

“It would be nice to bring out that same type of atmosphere for our players, especially for our seniors, who have won a lot of football games here.”