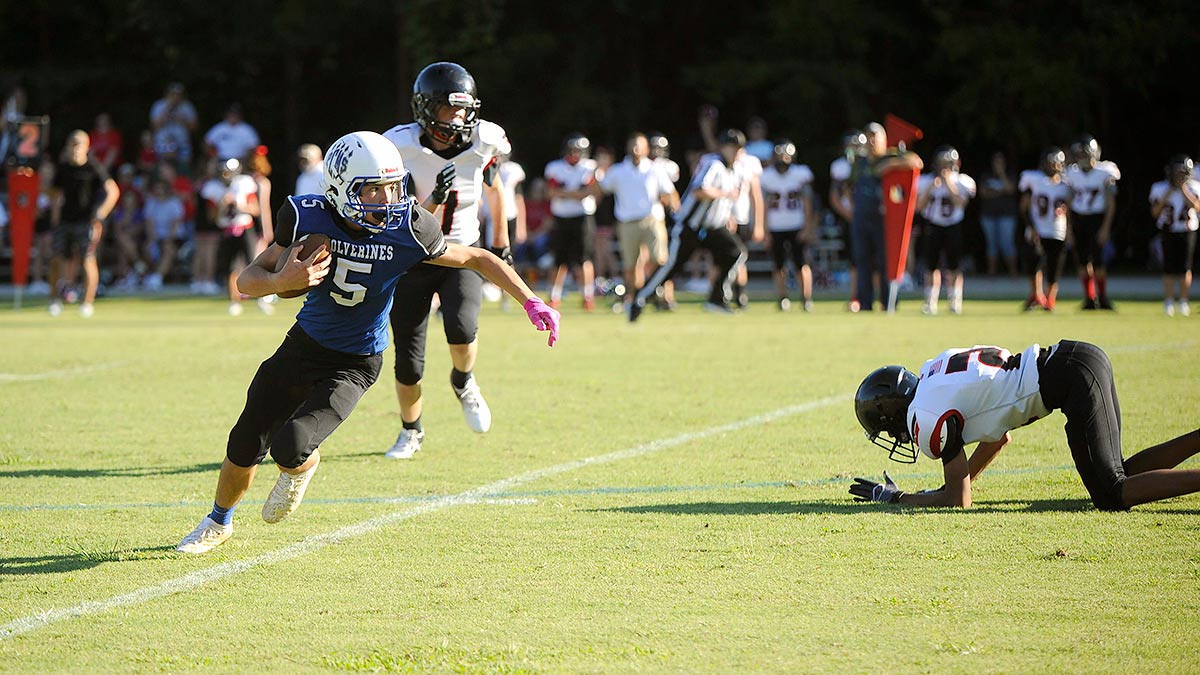 The Bears scored three second-half touchdowns after their stop late in the first half to ruin Polk Middle’s home and season opener.

Canton took a 16-0 lead early in the second quarter, but the Wolverines responded with perhaps their best drive of the game, highlighted by Sawyer Huff’s leaping catch in traffic of a third-down pass to give Polk the ball at the Canton 9.

Carries by Lorenzo Sanchez and Zalen McCraw moved Polk Middle inside the 1, but an illegal procedure penalty backed the Wolverines to the Bear 6. Sanchez picked up two yards on third down, but a fourth-down Aaron Jackson pass was intercepted in the end zone to end the threat.

Canton scored on the opening possession of the third period, but Polk immediately responded as Jackson hit Avery Hensley with a long touchdown pass. Hensley came back for the pass, spun away from a defender and outraced another to the end zone to complete the play, which cut Canton’s lead to 22-6 with 4:55 left in the third period.

The Bears, though, put together two scoring drives to end the Wolverines’ comeback hopes.

Polk Middle returns to action next Thursday at Brevard Middle.