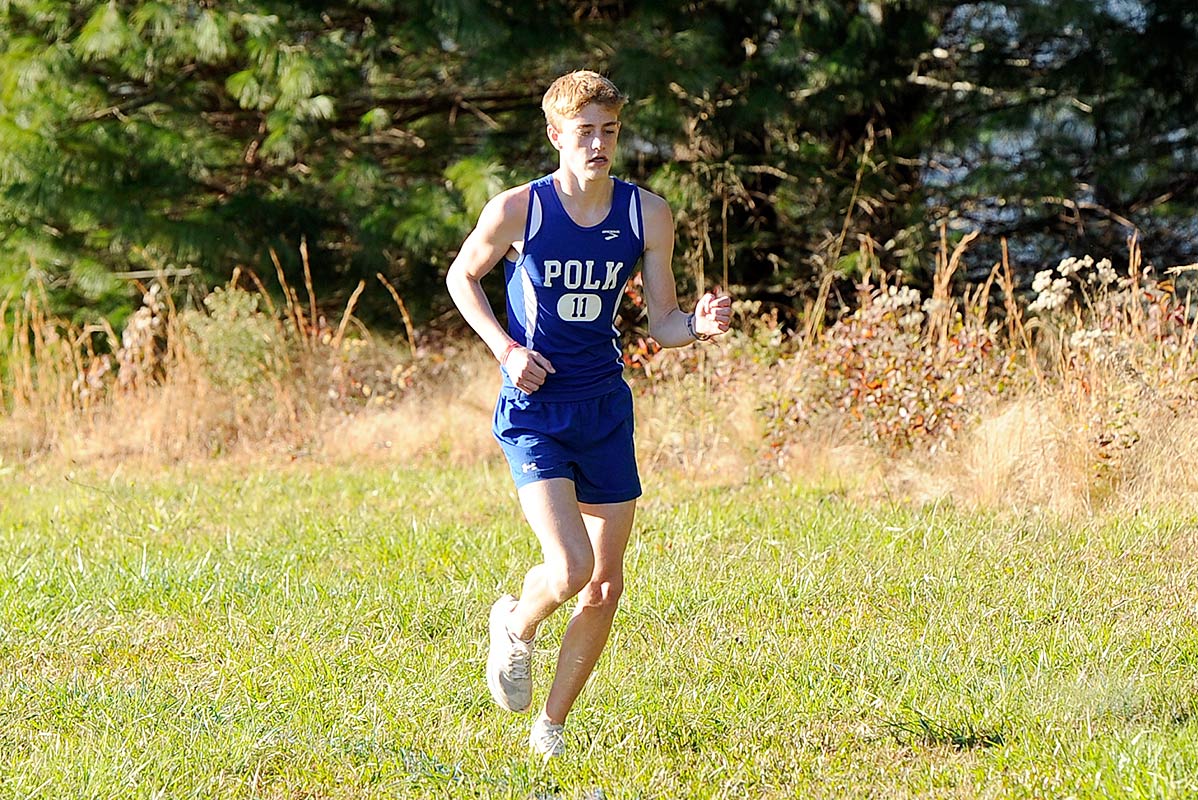 A pair of Polk County runners took second place Tuesday in a three-team cross country meet on the PCHS campus.

Mark Teague and Olivia Overholt each placed second in their respective races with Owen and Chase on a course beginning and ending in Tennant Stadium and winding through all parts of the campus.

Owen won the meet with a score of 23, followed by Polk’s 34 points. Chase did not field enough runners for a full team.

Polk County will compete Saturday in a dual meet at R-S Central before wrapping its regular season with a dual meet at Madison on Monday and a tri-meet with Avery and Mitchell at PCHS on Dec. 21.