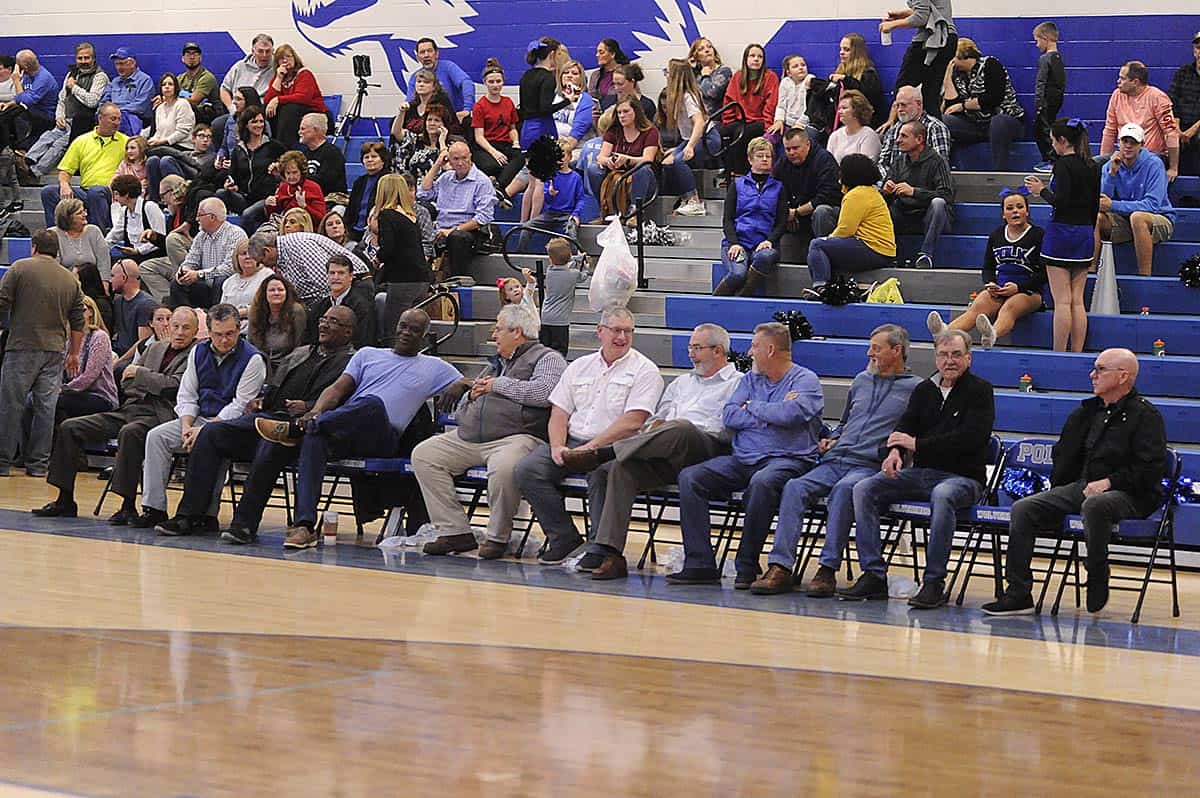 1977 proved quite a season for Polk Central High School basketball.

Members of both teams gathered Friday at Polk County High School for a recognition ceremony during halftime of the Polk County-Owen boys game. Only two players were missing – Cindy Stott Pannell, who was unable to attend, and Cindy Manchester Robbins, who died in 2003. Robbins’ daughter, Megan, took her spot in the ceremony.

Both teams received a warm round of applause, then ended the ceremony with a round of hugs before leaving the court.