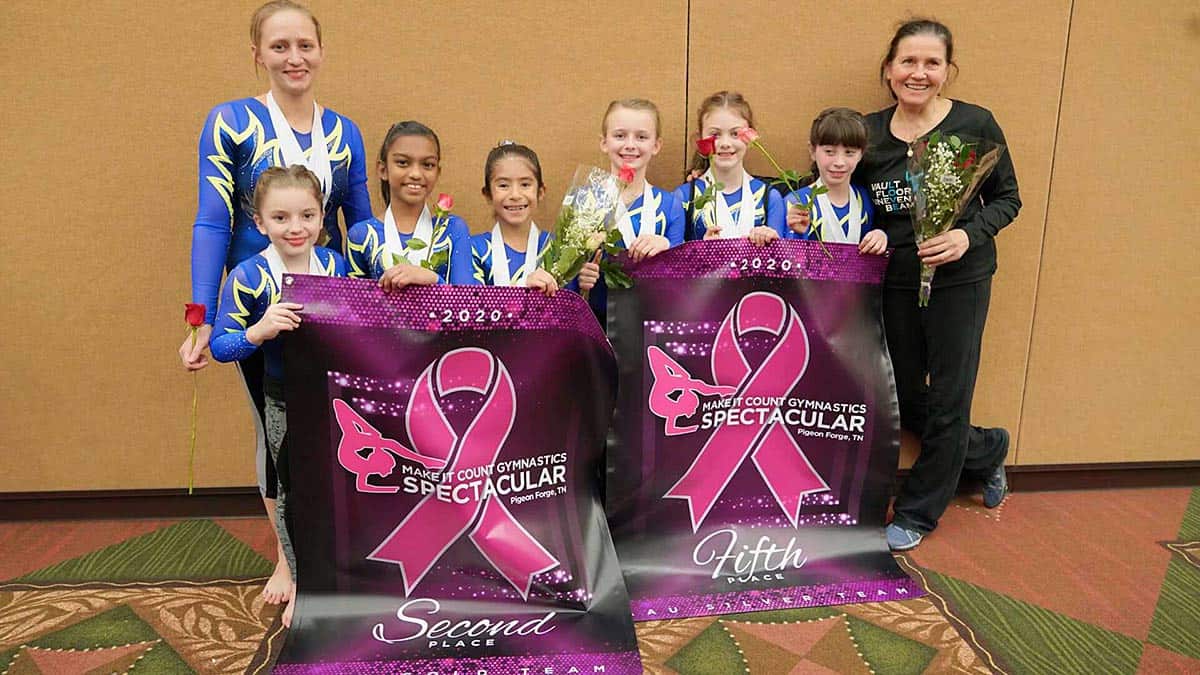 Foothills Gymnastics Academy brought home another large collection of medals from its first out-of-state competition of the season, the Make It County Spectacular held Feb. 14-16 in Pigeon Forge, Tenn.

For Xcel Gold, Trejo earned third on floor with a 9.6 and tied for fourth on vault with a 9.0. Elledge earned fourth all around with a 37.05 after tying for first on floor with 9.65, third on vault with 9.1 and tying for fourth on beam with 9.2. Sizemore earned third all around with 36.9 after receiving second on vault, second on bar, third on beam and third on floor.