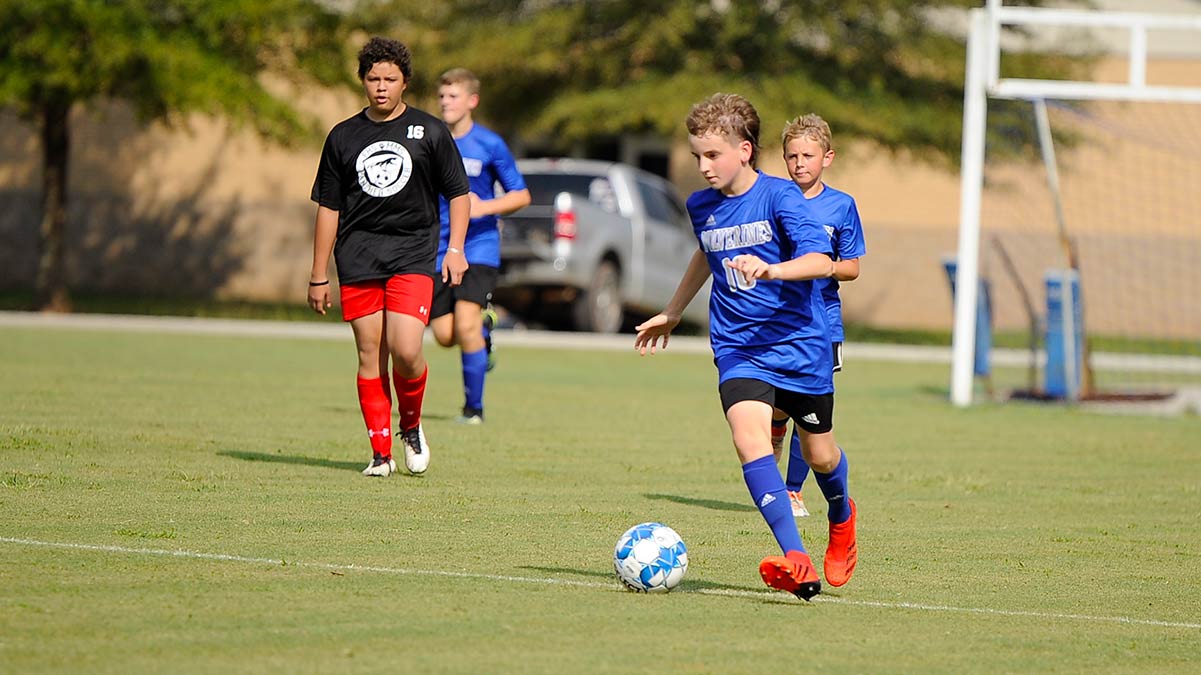 Apple Valley Middle pushed acrosa the go-ahead goal midway through the second half Monday and made it stand, topping Polk County Middle 3-2 in boys soccer action in Hendersonville.

The Wolverines dropped to 1-1 with the loss/

Polk Middle took an early 1-0 lead as Brinson Ashworth scored on a looping shot over the Knights’ goalkeeper following a Blake Anderson corner. Apple Valley responded shortly before halftime to force a 1-1 tie.

Apple Valley got a goal early in the second half, but the Wolverines soon responded as Cooper Meyer headed in a rebound off a Tanner Osborn shot.

But Apple Valley notched the winning goal in the 48th minute, then kept the Wolverines at bay for the final 12 minutes to secure the win.

“We did a better job of connecting passes than the first match, but we need to have fewer breakdowns in front of goal, and when we defend,” said Polk Middle head coach Lennox Charles.

Polk Middle is slated to be back at home on Wednesday, hosting Hendersonville Middle at 4:30 p.m.